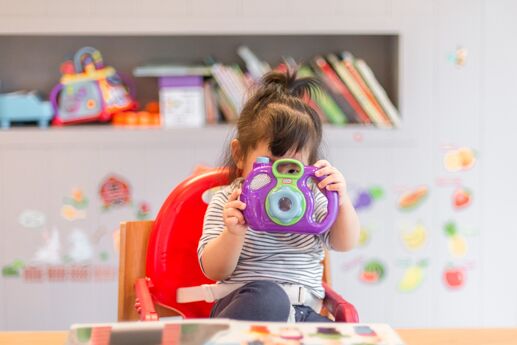 Naming your new baby has got to be one of the most exciting parts of pregnancy and parenthood! Like many women, I had compiled a secret list of baby names before I even became pregnant. Some baby names and meanings were classic, some were trendy, and some were taken from literature, but all struck a chord with me in some way.

I had never shared my list with anyone -- and then one day my husband and I found out we were expecting! Suddenly, those treasured baby names didn’t seem so significant. There was now an actual person who would be walking around with this name, so we didn’t want to pick just any name. Of course, we paged through the baby name books and marked our favorites -- none of which matched -- and so the conversation continued.

We weren’t finding out the gender of the baby before birth, so we had to decide on not one, but two names!  We agreed on the boy’s name easily, but choosing the girl’s name proved more difficult. To complicate matters, I was teaching at an all-girls school and had so many associations with so many names of former and current students that I was having trouble coming up with a baby name meaning that was perfect for us…and time was running out!

I mean that literally -- we were in the hospital and still hadn’t decided on a name!  All through labor my husband and I couldn’t agree. We said the usual, “We’ll see what the baby looks like before we pick a name." Well, two days after the birth of our daughter -- yes, a girl! -- we still hadn’t picked a name!  I felt bad that after years of adding to and perfecting my baby name list, my precious new daughter was being referred to as “Baby Girl.” We were told we had to have a name before we could leave the hospital. And then my husband suggested the perfect name: Margaret.

Of course! Why hadn’t we thought of that sooner? It is the name of the great-grandmothers on both sides of the family; it is classic; and it has many possibilities for nicknames. Uh-oh, nicknames? Let’s just stick with Margaret for now. We love our choice and our little baby girl, Margaret! 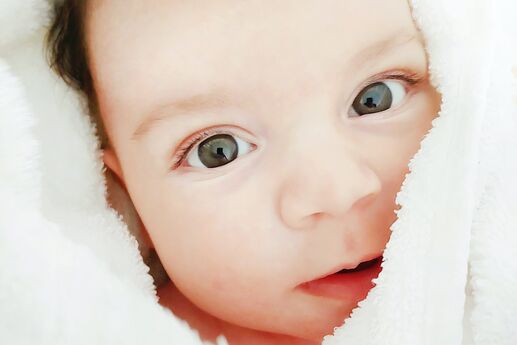 Ah, the perfect baby name. There ought to be some kind of formula, a goof-proof recipe for naming success. Here was ours: We coupled my husband’s Irish/English last name  with a Jewish-sounding first name that reflects my cultural identity and isn’t too hard for Americans to pronounce. Then, we added a middle name honoring my  recently deceased grandmother. It was a crowd-pleaser, because everyone had some say.

It seems like we came up with it pretty simply now, but the truth is, there are so many different places to take inspiration from when choosing a baby name. Many naming traditions take cues from family trees, national history, and even popular culture.

A time-honored way to find baby name meaning inspiration: Honor a relative. Many cultures follow this baby name standard, but it can be executed in different ways —using  the same first initial or the exact name of a beloved grandmother or grandfather, or using a family maiden name. This can make the naming challenge easier—though it could also make it harder, if the name is odd (Wellford, for a girl name), or if the name is already in use by four cousins.

For more ideas, there are umpteen books, websites, and even name-generator websites – which make suggestions based on your taste. When you’ve got your list of top contenders, imagine yourself leaning out the back door and calling this child to dinner. If it doesn’t roll off the tongue, go back to your muses and try again.

Photo by Damir Spanic on Unsplash 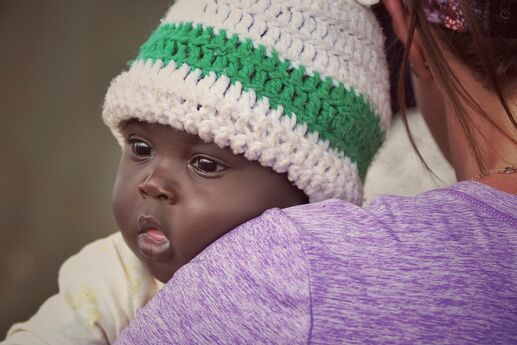 There’s no doubt about it: Picking a name for a new baby can be rather stressful. When my husband and I were casting about for a baby name for our second daughter, we debated for many weeks. Eventually, we stumbled upon the beautiful name Fiona, and we knew that we had found the perfect moniker for our new baby.

We didn’t know the sex of our next child, so we had to come up with both boy and girl baby names. Unfortunately, we couldn’t find a single boy name we both liked. Nicholas was okay, though very popular at the time; my brother-in-law suggested Hector, which wasn’t exactly embraced. I liked Gordon, my dad’s name, especially because of the alliteration with Geddes (our last name). Linus was on the list but didn’t sound right with our last name. I started to worry we’d never find a boy’s name that my husband and I both liked!

We tried taking our family history into account when choosing baby names. Geddes is a Scottish name, and with my Irish maiden name (Kelly), we considered many picks from these parts of the world. I also love Russian names -- the language and its literature were my major in college -- so names such as Anastasia were also considered.

We named our first child Isabel, which to me, was easy to pronounce and spell and had a musical quality. I wanted the same for my next child. I loved Ruby, June, and Rosemary for girl names, but my husband would have none of these.

Finally, we hit upon Fiona, but not because we found it in a baby name book. Instead, I happened to be reading the novel, Fiona Range by Mary McGarry Morris when I was pregnant, and we both thought it was perfect. It’s easy to say and spell, plus it hits the Scottish and Irish note. Her full name is Fiona Kelly Geddes, and it truly suits her.

I learned that choosing a baby name takes time and often, many hours of research. Don’t get frustrated if you don’t immediately find a name both you and your partner love. The perfect baby name will come to you eventually!

Photo by Zach Vessels on Unsplash 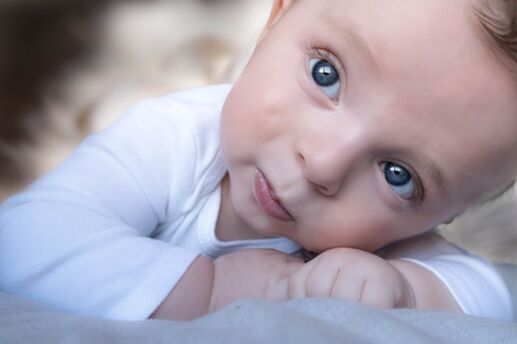 Personally, I believe you carry a child for 40 weeks, not just because the baby needs time to grow, but because you need every last bit of that time to come up with a name! My husband and I literally began searching baby names within hours of finding out I was expecting. And no sooner had we started, did we realize how challenging it would be.

I'd pick a baby name, he'd shut it down. He'd pick a name, and I'd remind him of the unpleasant things it rhymed with. We both used the "I went to school/worked with so-and-so" many times. So, when we were finally able to narrow it down, we were beyond thrilled.

At the time, we both wanted to stick with the same first letter for all of our future children's names (that didn't happen), so when we decided on our favorite boy name, Hayden, we immediately began searching the H's for our girl name. And when we found the name Hadley, we fell in love. As the months passed, and we found out we were having a girl, we couldn't have been more pleased with our decision -- Hadley it was.

When we learned we were expecting the second time, we honestly didn't think too much about baby names until the actual gender reveal. It was a boy, and we had already decided on Hayden three years earlier. Piece of cake, right? Nope -- three years later Hayden didn’t have quite the same ring to it.

My husband and I decided we wanted to use a boy name that revolved around our alma mater, The Ohio State University Then, one night after coming home from a football game, it hit us: Tatum, after football star, Jack Tatum. Not only because my husband played the same position as him at OSU, but because his nickname was "The Assassin." And when I was expecting my dear son, I honestly thought he was going to kill me.

Though we second-guessed it right up until we filled out the paper work after he was born, I can't imagine him as anything other than our Tatum.

Are my names traditional? Not really. Did we have many naysayers with both of our children's name choices? Of course, but in the end, working with my husband to come up with the perfect monikers for our little ones made it all worth it.

Photo by Melisa Figueroa on Unsplash

When my baby was born, the midwife placed him immediately on my chest. I looked down at my squirming, crying child and waited for my husband to say, "It's a boy!" His announcement wasn't just for show; we had decided to wait to find out our baby's sex until birth.

Waiting was a great decision, but it did add a layer of complexity to picking out a baby name. It seemed so hard to come up with a name when we didn't know the most basic thing about our child. Plus, I have some weird ‘quirks’ about baby names.

I despise unique names, as well as names that are commonly made into nicknames. I also have a rule that baby names should sound great with "Mr. President" (I have high hopes for my kids!).

We eventually picked a girl’s name but couldn’t settle on a boy’s name. Of course, that meant we had a boy!

Our son remained nameless for the first twelve hours of his life. We had a short list of boy names, and prior to birth, we heavily favored Jack. But our baby didn't look like a Jack. Our baby was small and had creamy skin and light hair; I pictured a Jack baby being dark-haired and tough.

So I put out a call on Facebook: "We can't decide what to name the baby! Any ideas?" One friend, Jude, suggested we name him Jude; "Guys named Jude are handsome, smart, and popular!" he joked. My husband looked up from his phone and said, "You know what? I actually really like Jude." I thought it went nicely with our last name, but then, I turned to my son and said, "Hey, Jude..." and promptly nixed the idea for fear he'd never hear the end of the popular Beatles song.

We settled on Henry Boyle. Doesn’t "Henry Boyle, President of the United States" sound nice? His middle name is my husband's name. A year and a half later, my Henry has turned into a spunky, strong fellow that totally could've been a Jack. Although I think Henry suits him quite well, he's the embodiment of everything I thought a Jack would be like.

Oh, well! At least we know what we'll name our next baby if it's a boy!

Photo by Felipe Salgado on Unsplash