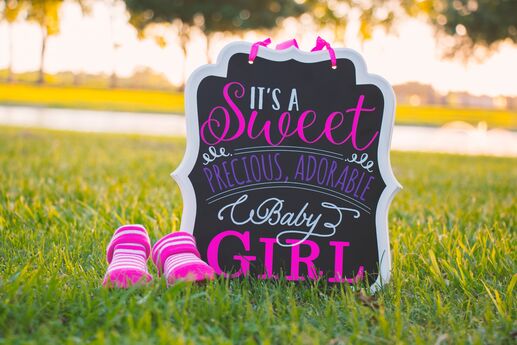 The holidays were big in my husband's family. No, actually, they were huge. His grandmother--or “Nanny,” as everyone called her—is a forever cheery, incredible cook, who went all out. From lasagna that took two days to make, to bows cut from rolls of grosgrain ribbon, to a celebration that lasted from 5:00 p.m. on December 24 to 11:00 p.m. on December 25, nobody did Christmas like Nanny. And what Nanny wanted more than anything was a great-grandchild, a baby to brighten her house even more at the holidays.

One May, Nanny was diagnosed with cancer, and by October, she was gone. Christmas came, and her shell-shocked clan was left to stagger through it. We gathered quietly, planning to eat and go home. There had been no breakfast with homemade cinnamon donuts, no mountain of presents tied with grosgrain ribbons, no antipasto or soup that'd been simmering for hours.

The family made a wane toast, ate a ham dinner, and was waiting for coffee to brew.

That's when my husband, after muttering an excuse for running out to his car, burst in, wearing a Santa outfit and ringing a bell. "Merry Christmas! Ho, Ho, Ho!" he shouted. His mother's jaw dropped. His uncles looked as though they might hit him over the head with the bell. "Why so sad?!" he continued. "Santa has something to show you!" His sister whispered "Has he lost his mind?!"

Undeterred, he started to play a DVD. "Gather round, everyone! Santa is going to show how each of you will have something to look forward to in the New Year!" His aunt stayed in the kitchen, wiping away tears, weakly pouring coffee.

The video first showed scenes of happy holidays past. Then the family was taken through photos of themselves, with narration announcing what their new roles would be come July. His sister would be Aunt Debbie, his brother, Uncle Rob. Gasps as each one caught on. I was going to be a new mom and him a new dad!

When his aunt heard her name and the shouts, she came out of the kitchen, asking "What's going on?" She'd be a great aunt, she learned. She paused, smiled a little, and said that made her feel old, laughter, for the first time that day.

The last photo was of Nanny, beaming in her famous reindeer apron, with the words underneath "Great Grandma."

As far as pregnancy announcements go, I’ll always hold ours near and dear.

Photo by Melvin Thambi on Unsplash