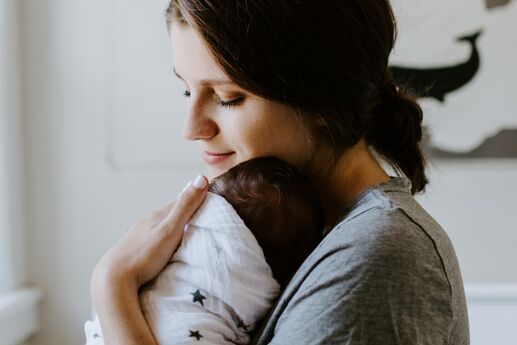 With my second child on the way, I decided I had the "Mom thing" down: Thanks to my firstborn, Isabel, I was already primed on all the baby tasks I needed to know, from how to successfully breastfeed to how to quiet a sobbing infant. Of course, all of this confidence quickly eroded when my second child, Fiona, was born. As a stay-at-home mom, I was left overwhelmed by the diapers and potty training, the nursing and toddler tantrums, not to mention the ever-changing nap schedule. But while having two kids meant double the work, it also meant double the fun. By following this advice, I survived -- and thrived:

Let it slide. With two small children scampering around your house, you can say goodbye to clean floors. And that’s okay! Your home should be safe for your babies to play in, but it doesn’t need to be spotless. Mine certainly wasn’t! With two tiny tots, cleaning (along with other tasks, such as cooking) definitely took a back seat.

Take group naps. After trying to juggle different nap times, I decided to rearrange our schedule so that their nap times coincided. I also tried to grab a few zzz’s when both girls were sleeping. Their napping schedules didn’t always match up perfectly, but even if my second baby’s nap was short-lived, at least her big sister got some much-needed rest, which greatly improved her mood later in the day.

Enlist a mother’s helper. Sure, it would be great to have a teen from down the street come in a few days a week to help out with the little ones, but if that’s not an option, look to your oldest! When my hands were full with Fiona, I was lucky enough to recruit Isabel to help me with little tasks during the day. As a 2.5-year-old, she was able to fetch diapers, put toys in a basket, and even sing a lullaby to her new baby sister.

Draw the line. As a stay-at-home mom of two, my energy was limited. Having two little ones emboldened me to say “no” to requests, visits, and other demands that I usually might have agreed to. The truth is, I didn’t have time to volunteer the way I did when Isabel was born and I didn’t have the stamina to entertain as many friends as before. And I’ve learned that there is nothing wrong with that. Staying at home with my girls was my reward -- one I wouldn’t trade.

You can expect the first few months of having two children at home to be a bit hectic. But once you settle into a schedule, you’ll find that being a stay-at-home mom for more than one child is more fun than you had imagined!

Photo by Kelly Sikkema on Unsplash